The road that is built in hope is more pleasant to the traveler than the road built in despair, even though they both lead to the same destination. ~Marian Zimmer Bradley

On our Alaskan cruise we stopped at our second location, Skagway.  This small city relies heavily on tourism and, although it has a small population, it often more than doubles during the high tourist season.  It’s claim to fame was during the Klondike Gold Rush.  It was during this time that Skagway was a perfect stop for miners heading to the Yukon in search of gold.  This small town boasted a railway that blasted through the mountains and, unfortunately, cost the lives of many workers.  The White Pass trail was one of two popular routes and was built to meet the demands and gold seekers of the time.  In Skagway, there was also the ever famous brothel, The Red Onion Saloon, which was established in 1898.  It was a place for weary workers and travellers to take a load off.

Back in the day the side of the mountains were used as advertising and a way to show who had been there.  To this day, this tradition is still carried out.

Another interesting stop is the centennial statue in the heart of the city.  It honours Tlinget packers.  At the time, the government required each person to carry with them a minimum amount of supplies.  For longer voyages this became very heavy and difficult so the Aboriginal peoples of the area were given small amounts of pay to carry supplies and act as guides.  Without them, many people in search of gold may not have been able to make it. 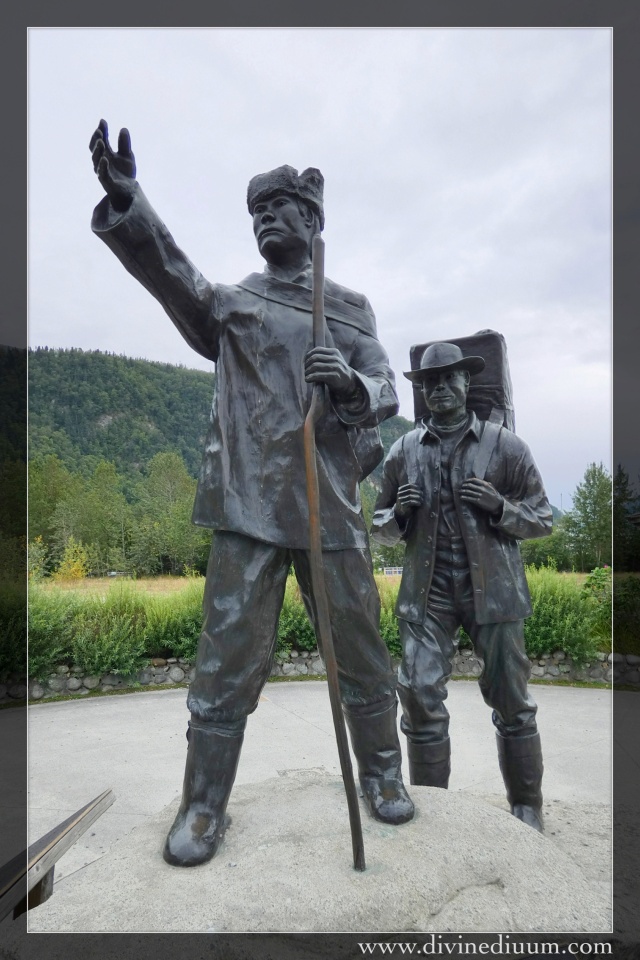 Skagway, like many parts of Alaska, sees a large salmon run, in particular, King salmon.  I learned a fancy trick to remembering the 5 kinds of Alaskan salmon using one hand: 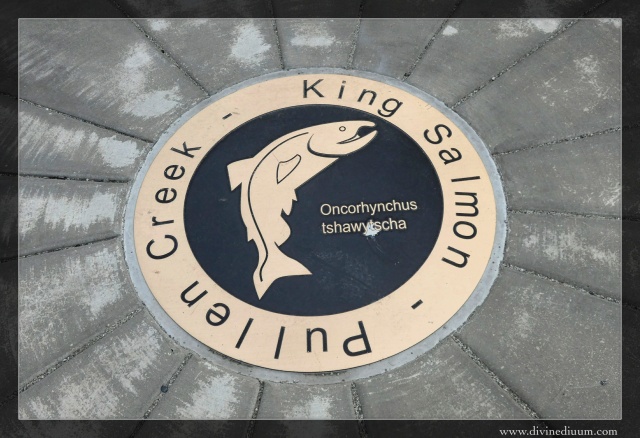 I also got to meet a local resident who enjoyed the salmon as much as I did.

After Skagway I took a small ferry and did a tour to the neighbouring city of Haines.

There, I got on a raft and participated in a float tour down the Chilkat river and through the Chilkat Bald Eagle Preserve.  It was a relaxing tour with many juvenile eagles.  The eagle preserve lies at the base of mountains and, although the water is shallow, it is extremely cold due to glacial run-off. 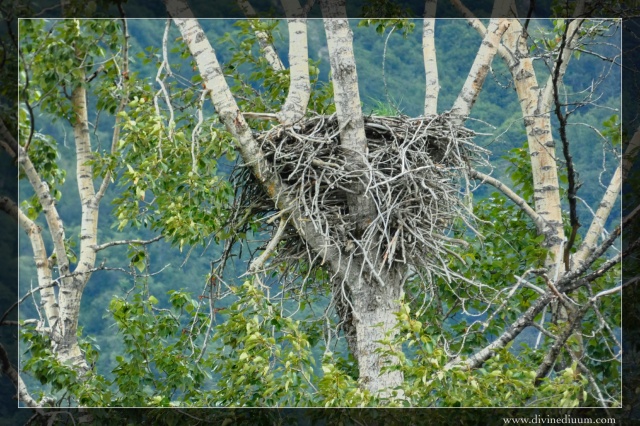 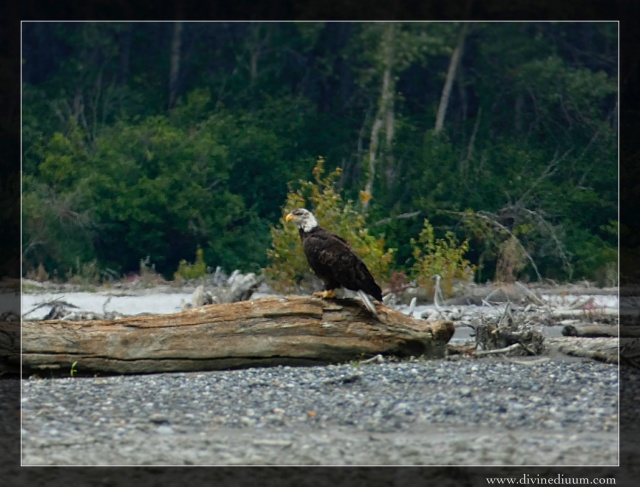 Back on the ship, we headed to Glacier Bay National Park.  This was the highlight of the trip for me.  With the balcony we were able to order room service and sit outside with blankets and tea as we sailed past glaciers.  The colours in the area completely changed revealing many hues of blues and greens. 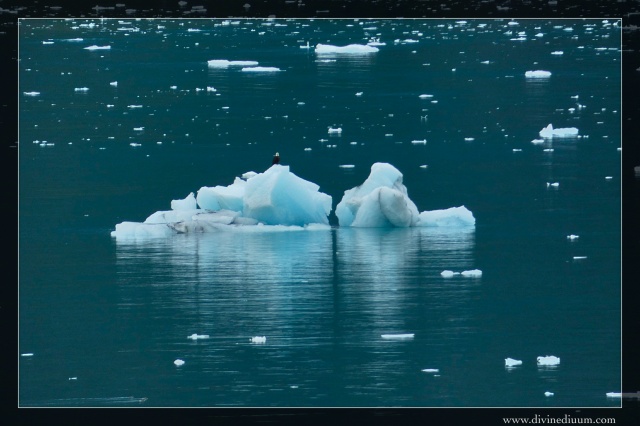 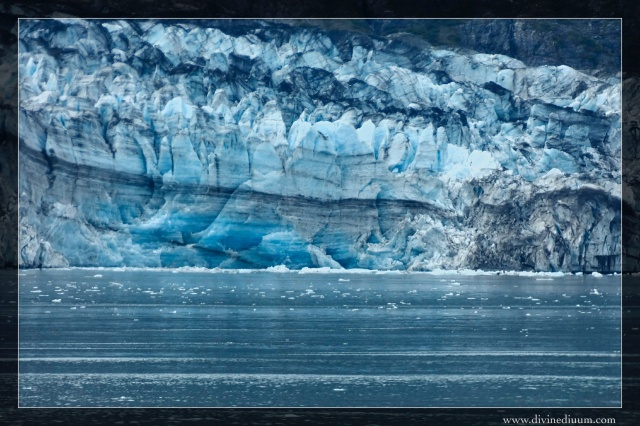 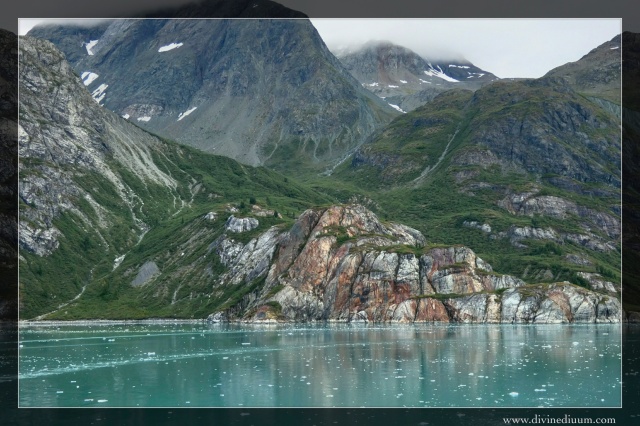 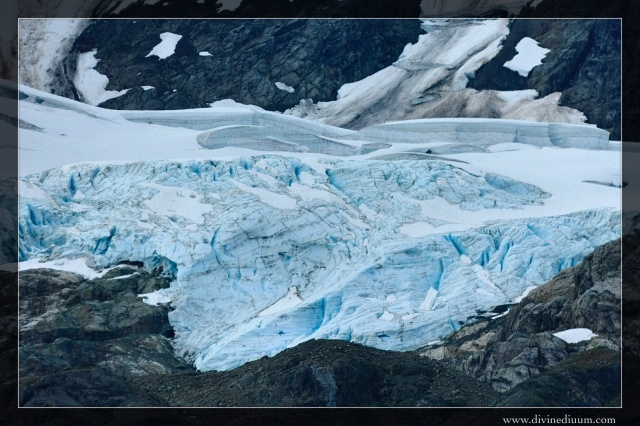 The final stop at Glacier Bay was the Margerie Glacier.  This was one of the fastest retreating glaciers, a UNESCO, and a World Heritage site.  It is no wonder because it is stunning.

There are strict laws surrounding the visitation of this area in order to keep it as undisturbed as possible.  Even species that were not seen in the area have been appearing.  One of my favourite inhabitants are the sea otters.  They decided to put on a little show for us before heading to our final destination, Ketchikan.