HOW ABOUT STUFFING FOR EASTER? 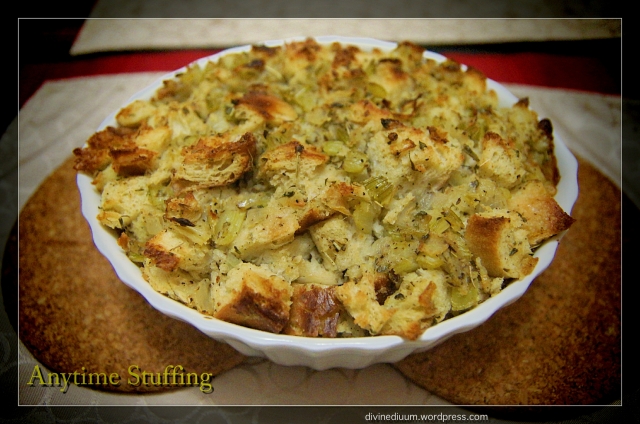 I bought a delicious herb and garlic baguette the other day and rather than toss what was left, I had other plans.  After a few days, the bread became dry but that is the best way to prepare stuffing.  With Easter around the corner I figured stuffing was a good idea.

I was determined to make my own this year.  From scratch.  There was nothing stopping me from eating stuffing with other things.  This year I accompanied my pork loin roast with this recipe, throwing some buttered carrots on the stove and boiling some potatoes to mash.  A delicious Easter dinner.

As usual, there are several variations but I like to perfect a basic before experimenting and so I started with the herbed bread and cubed it into approximately 1″ cubes. 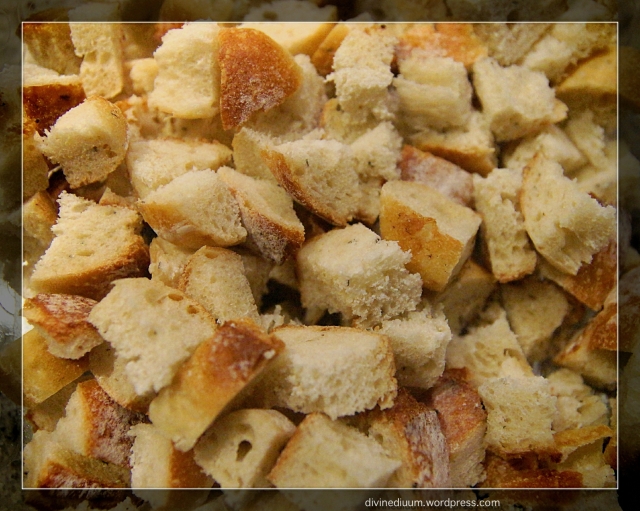 After that, everything fell into place. 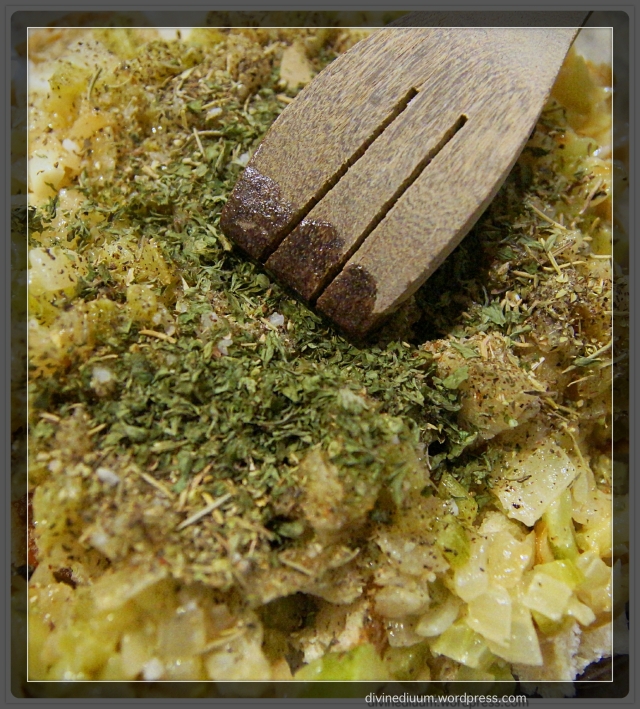 Besides parsley, other great herbs of choice could include sage, rosemary or thyme. 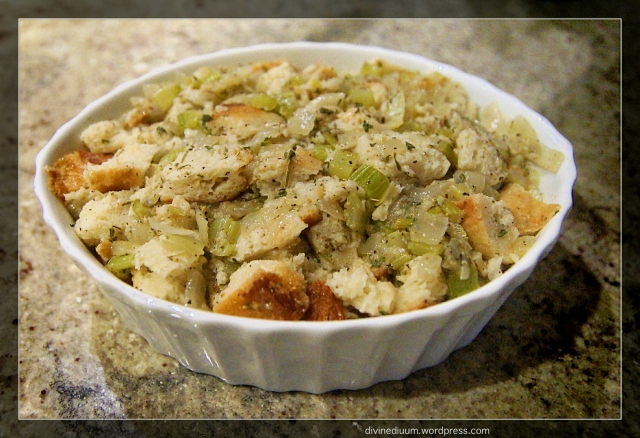 Ready for the oven!

1.  Sauté the onion, parsley, celery  and garlic in the butter until tender.

3.  Add chicken broth and toss the mixture with the cubed bread.

5.  Pour the mixture into a lightly buttered dish and bake for 45 minutes.

6.  I like to crisp mine on broil for 5-10 more minutes so my stuffing texture is a mix of crisp and soft.